Science and the Zodiac – a brief introduction to an epistemological placebo

It is somewhat of a cheap shot for a scientist to come down harshly on astrology. As a matter of fact, it is probably the lowest hanging fruit there is. 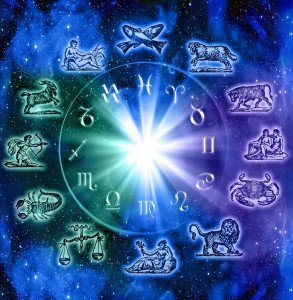 Nevertheless, the undying popularity of astrology in general and horoscopes in particular cannot be denied. Most newspapers in most countries won’t do without a horoscope page. Most can do without a science and technology page. This is not a conspiracy. Generally speaking, the media aims to please – it will give people whatever they want to read or hear (in order to survive against its competition, until a stable state is reached). This should tell us something about the relative popularity of these topics in the general population. Of course, most hardcore scientists take this only as further evidence that the mass of men are – at best – stupid sheep and that their opinions can be dismissed out of hand. There might be something to that, but it does not take away from the fact that the continuing popularity of astrology – not to be confused with astronomy – is a fascinating phenomenon in its own right. As a matter of fact, this has fascinated me at least since high-school. Incredulous at the fact that one of my friends was looking up her horoscope, I asked her why she believes this stuff in this day and age. The response was as pragmatic as it was telling: “Oh, I only believe it, if it is good!” Recently, it was pointed out that due to the precession of the axis of the Earth, the ancient star signs are no longer in alignment with their current positions. In other words, the dates of the star signs of the Zodiac, familiar to all have to be adjusted. In addition, a new sign – Ophiuchus was introduced. Outrage predictably followed. Of course, this whole affair shows just how preposterous the whole notion of zodiac signs and zodiac based horoscopes really is. Axial precession is a phenomenon that did not just happen yesterday. It has been continuously going on for millions of years, including the couple of thousand years since the introduction of the Zodiac system. The value of these personality characterizations and predictions of the future can adequately be assessed by the fact that the fundamental misalignment was never noticed. Of course, this makes a perfect foil for people who always noticed some slight inaccuracies, but let’s be serious. Obviously, there is nothing to horoscopes. More on this later. But how could the people who came up with this stuff be so wrong? What were they thinking? Contrary to popular belief, people are not stupid. At least those who advance civilization by creating culture typically aren’t (as controversial as the zodiac might be, it is a cultural achievement; let’s be fair). How is this possible? Historically speaking, this is actually a quite common or even typical phenomenon: Something that once made sense in the original context of discovery/creation no longer makes sense in the context of justification. Between initial discovery and the current need for justification, millenia have passed. During this time, civilization has accumulated a lot more knowledge. In other words, the caravan of culture has moved on. This happens all the time. It is called progress. Note that if astrology and horoscopes didn’t already exist, it is very unlikely that – given what we know about the nature of stars, incomplete as our knowledge might be – we would introduce such a system today. So how and why did it come about way back when? Because it made sense. Carefully watching the sky – as the ancients are known to have done – can reveal a tremendous amount of real information about issues of tremendous importance to the civilization. For instance, observing an equinox allows a civilization to decide when to harvest and when to plant. This is absolutely crucial information for an agrarian society. Similarly, as the motion of heavenly bodies is closely tied to the progression of time, watching lights in the sky can provide quite a bit of information about the general kind of weather (e.g. storms, snow) one is likely to encounter. Moreover, the annual recurrence of the seasons and the close watch thereof some amount of Planungssicherheit to early societies. The progression of lights in the sky seemed even to directly influence events on earth, such as the tides and their relation to lunar cycles. In other words, the sky abounds with information, and ancient cultures spend tremendous efforts extracting it systematically, which led to the creation of calendars, etc. From this, it is a very short leap to astrology. In a world largely untouched by scientific knowledge, a world shrouded in mysticism, a world in which the night sky loomed much brighter than today (due to the lack of electric illumination), it might not be a leap at all. On the contrary. Given all the demonstrably useful information about the future that the sky does hold, the burden of proof that the sky does not hold more personally relevant information about the future might be on the skeptic (in the ancient world). As a matter of fact, it might have been tempting to link the constellations of the smaller night lights to personal matters, in contrast to the motions of the brighter and larger lights, which determine the future of the entire society. Also remember that there was plenty of time for the ancients to ponder these matters, in the absence of any electronic night entertainment whatsoever. Given what we know about human perception, it is no surprise that they were able to recognize patterns in the starry arrangements of the night sky. 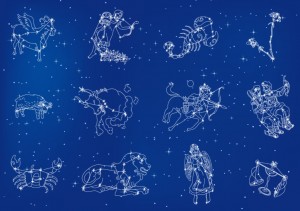