You really do need to sleep right

Two years ago, I wrote extensively why getting sufficient sleep is crucial to a good life and how to go about getting establishing sufficient levels of quality and quantity.

Since then,  the situation has – if anything – gotten even more dire. Despite an overhyped “quantified self” movement, few people seem to actually be serious about self-monitoring, so ZEO went out of business, leaving the market only with rather undesirable options for sleep tracking that deserves that name.

Culturally, there has also been no change in terms of sleep appreciation. High powered movers and shakers celebrate people who claim that they adopted the habit of only sleeping every other night or that they get a headache when they sleep for more than four hours. Of course, these were confabulations to intimidate the competition – sleep is not just a fungible habit, but a fundamental aspect of physiology. Some aspiring masters of the universe have already paid the ultimate price for ignoring basic physiology. Widespread elite failure has been a more disappointing aspects of living in these times and an inadequate sleep culture might well have contributed to it.

I do understand the desire to get more done in a given day, but it is important to recognize that the ability to stretch the day and compress the night by technology (mostly light and stimulants) is not a winning strategy in the long term. As laid out before, lack of sleep doesn’t just make one more tired. It also affects – negatively – every single aspect of cognition (including decision making and creativity) and emotion (motivation, emotional stability, etc.) as well as somatic integrity (aging, immune function, etc.) that has been studied. This includes virtually all features of proper bodily function including counter-intuitive aspects such as bone mineral density, which seems to be rather negatively affected by bad sleep habits.

Sleep disorders are so strongly associated with mental health problems such as depression and neurological disorders like dementia that many now suspect lack of adequate sleep to play a causal role in the genesis of these problems.

Recent research (that has come out since my 2011 piece) strongly corroborates this view.

First, there seems to be nothing “light” about light whatsoever: It has now been established that aberrant light cycles can *directly* (even if the overall amount of sleep is preserved) increase depression-like behaviors and increases in the release of stress hormones (with attendant decrease of cognitive function).

Second, while it has long been suspected that sleep is somehow involved in “restoring” brain health per se, it has now been shown that this is actually the case. Specifically, brain cells seem to be much smaller during sleep, increasing the interstitial space and leading to a dramatic increase in the exchange of fluid exchange. This – in turn – seems to remove potential toxins like beta-amyloid from neurons. Put differently, lack of sleep might quite literally be neurotoxic, with a potentially increased long-term dementia risk. 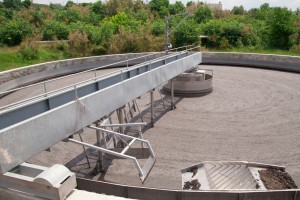 Sleep, from the perspective of the brain?

In this view, sleep has mostly a dishwasher/brainwasher/sewage plant function for the brain. This makes sense, given how conserved and widespread sleep is throughout evolution, even in animals not renowned for their cognitive prowess.

No one likes to be told what to do, particularly when it is perceived to be limited. However – in light of this evidence, it might be advisable to – finally – get some. Neurotoxicity and dementia is not something to play around with. We have previously discussed how barbaric the past appears to us. How could people possibly live like that? Our inadequate sleep culture is high on my list of things that are likely to evoke the same reaction a thousand years hence, once the critical value of adequate sleep on wellbeing is more widely recognized.

Skimping on sleep is not glamorous. It is a barbaric practice that likely imposes unaffordable long term costs on all involved.

This entry was posted in Neuroscience, Optimization, Science, Social commentary. Bookmark the permalink.

2 Responses to You really do need to sleep right